en it fr de
Back

The steak house “The Rib” hosted in Coldra Court Hotel in Newport South Wales, United Kingdom owned and managed by the internationally renowned  5 stars hotel “Celtic Manor” is the perfect setting for the latest project supplied by Ceramica Rondine into the country.

For floor tiling and wall cladding the dining area of the steak house “The Rib”  the internal design studio of Celtic Manor has selected the following Rondine series: Soft 15x100 and Metallika 30.5x60.5 in non rectified version.

Soft 15x100 series selected in Greige colour and 15x100 format has been the perfect design solution for the dining lounge floor, Soft Nut 15x100 for tiling the niches on the walls in the same dining area and last but not least Soft White in 15x100 format for the kitchen wall facade that frames all around the serving  bench of the “see through”cooking area in the kitchen.

For the buffet breakfast area in the same lounge the designers of in house Studio at Celtic Manor have instead selected the exclusivity and contemporary flair of Rondine oxidized metal effect of Metallika series in copper colour in 30.5x60.5 format in non rectified version in order to provide a unique “touch” to the atmosphere of the place.

As already mentioned earlier all the project and design has been developed by the in house design studio at Celtic Manor in cooperation with our customer Tiles Ahead based in Cwmbran. 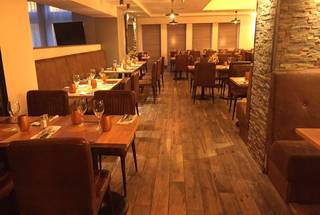 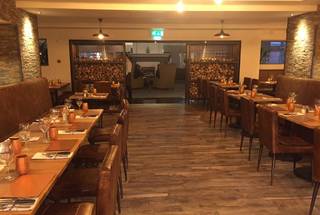 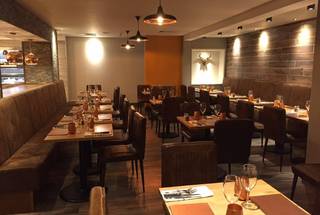 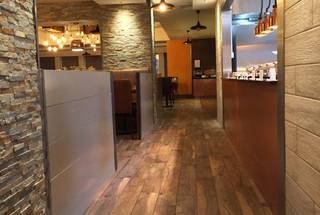 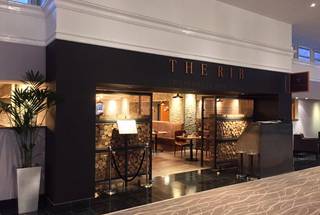 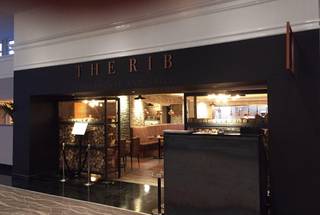 Brick Generation continues its conquest of the UK, this time …

Rondine has provided its porcelain stoneware for the complete restyling …

The old-school charm of our Brick Generation has won over …