For better viewing, we recommend using the latest version of the Internet Explorer browser (click here to download it).
With non-upgraded versions, navigation as well as proper display of content may be compromised.

1961 was a year of epoch-making changes, part of a period in history characterized by particular economic, cultural and social élan. On 20 January 1961, John Fitzgerald Kennedy was sworn in as the 35th President of the USA. On 12 April 1961 the astronaut Jurij Gagarin was the first human being to journey into outer space. Rondine S.p.A. was founded in the summer of the same year, and soon took root in an area between Reggio Emilia and Modena. Rondine S.p.A. today is one of the most flourishing industrial groups in the sector.
A trip through the first 50 years of the company’s history is more than just a way to celebrate the results achieved; it is also an opportunity to take stock, a useful way to look towards the future, towards new challenges, new targets.
The enthusiasm of the early days has remained unchanged; indeed it has gone from strength to strength, together with the company’s results. These results are giving us the vitality to move on, without ever resting on our laurels.
New products, innovative technologies, research and development, quality, design and respect for the environment: these are the values that have guided Rondine through this first half century of history, and that continue to show us the road ahead, both today and tomorrow.

The stages of growth

1961 saw the foundation of Rondine S.p.A., the core that grew into today’s leading industrial Group in the production of porcelain stoneware tiles for floors, walls and skirtings.

1997 marked a watershed, with the entry into the Group of the current management team, bringing a fresh injection of energy into business, production and management.

September 2001 saw the inauguration of the porcelain stoneware manufacturing plant in Rubiera. Renewed throughout and featuring cuttingedge technology.

May 2005 saw the acquisition of SprayDry, a Sassuolo company that produces porcelain stoneware bodies, thus allowing Rondine to make a major leap forward in terms of quality by covering the full tile production cycle in its own plants.

During 2006 the private equity company PROGRESSIO SGR joins Rondine Group becoming a new shareholder. In the same year digital technology made its debut in Rondine Group.

Sadon, a leading company in the production of porcelain stoneware skirting and small-size tiles, joined the Group in 2010, marking a further important turning point in the history of Rondine Group.

In June 2013, the private equity fund PROGRESSIO SGR transferred its shares to Seramiksan, one of the largest ceramic manufacturers in Turkey. The company boasts a long industrial tradition, deeply rooted in the Turgutlu-Manisa area, just 50 km from Izmir.

In January 2015, significant investments were made, with the extension of a production facility, new lines for handling large sizes, automatic sorting lines and latest-generation packing lines.

With more than 100 collections available in a wide range of designs and sizes, CERAMICA RONDINE also boasts a wide range of porcelain stoneware skirting tiles. In 2016 extensive investments were planned and implemented in early 2017. These investments increased and optimised the production processes, thus also leading to the production of large sizes, from 80x80 to 120x120, and allowed the company to increase its competitive performance on international markets.

In October 2018 Italcer Group, parent company of the ceramic group of the same name controlled by the private equity fund Mandarin Capital Partners II, completed the 100% takeover of Ceramica Rondine. This acquisition follows those of La Fabbrica Spa, Elios Ceramica Spa and Devon&Devon Spa, which were completed in 2017. With Rondine, the Italcer Group, with turnover of nearly 200 million EUR, now lies in 6th place in the league table of Italian ceramics manufacturers. The entry of Rondine in the Italcer Group will allow the company to equip itself with new instruments and synergies that allow it to develop an increasingly leading role in domestic and international markets. 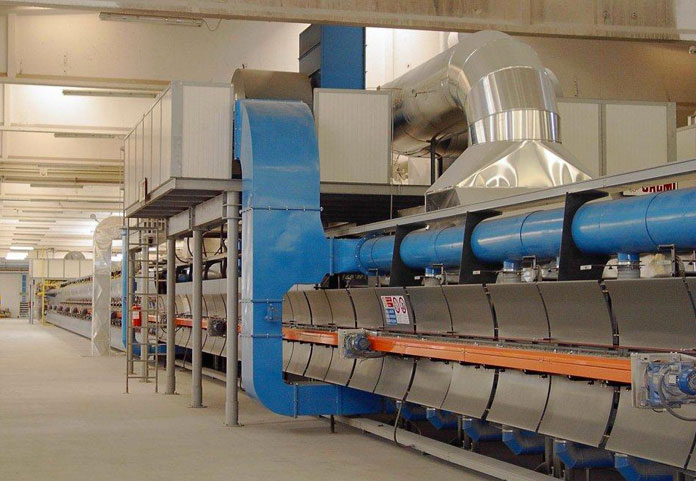 The Rubiera factory (Reggio Emilia) is equipped with the latest generation systems for producing porcelain stoneware, with a production capacity of 4.5 million square metres of wall and floor coverings.
The complete cycle is highly technological, flexible, and has a low impact on the environment. The site has adopted measures for the reduction of emissions and energy consumption, and environmental monitoring, in accordance with stipulated regulations.

The historical production of small-size ceramics continues at the factory in Vetto (Reggio Emilia), the original production site of Sadon, with a variety of ranges and sizes. These facilities annually produce over 3 million m2 of flooring, coverings and skirting tiles in porcelain stoneware.

The processing cycle starts at Spray Dry, one of the Group’s companies. This autonomy ensures ongoing quality control at any point during processing. Spray Dry is the mot significant production department of atomised powder for porcelain stoneware in the entire ceramic district of Sassuolo.
The site has 4 granulators and 3 sprayers, with an annual production capacity of 400,000 tons of atomised powder, and has 27 employees. 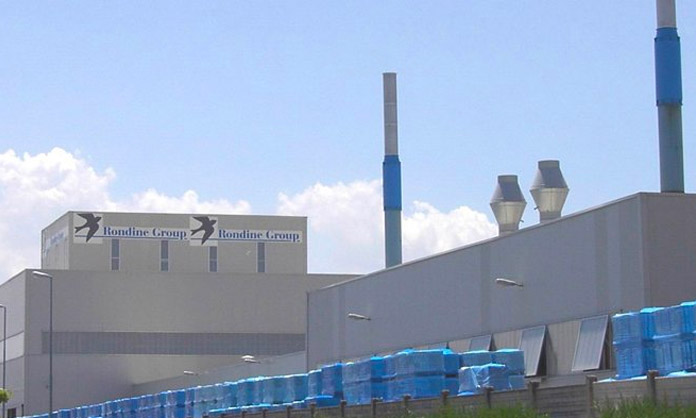 Thanks to the use of the latest advanced technology, and the development of significant in-house design knowledge, the Rondine Group provides quality all over the world. 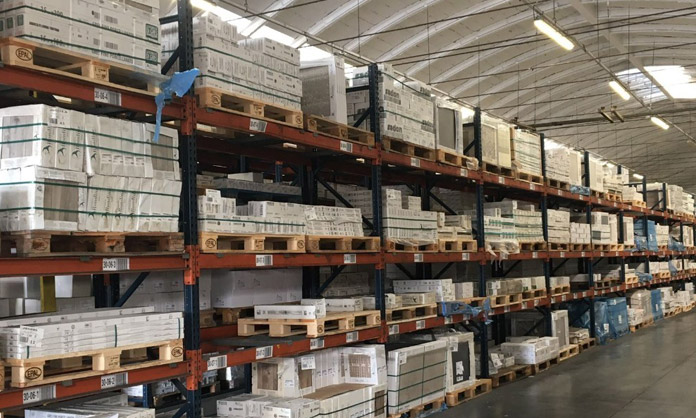 With its two manufacturing sites in Rubiera and Vetto, the company uses a radio frequency system (WMS) to control and manage the goods handling in the warehouse.

Recently an innovative process model was applied, offering precise control over each pallet in the warehouse.
Moreover, the operating sequences for preparing and forming multi-reference shipping pallets have been fully automated, leading to increased optimization of these operations.

But that’s not all the latest news: the activities and access to the warehouses are monitored constantly and in real time, and all the articles – floor tiles, special pieces and samples – are entirely managed via radio frequency.

Finally, an integrated loading system with weighbridge and luminous display has been implemented. 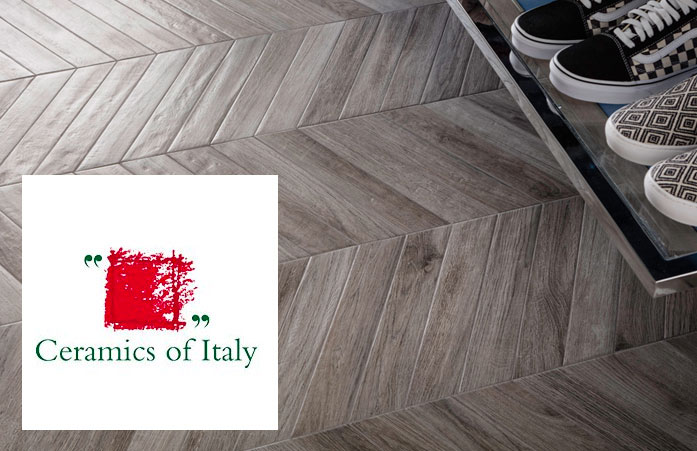 Made in Italy: A natural passion

It is the factories situated in the local area which are at the basis of creativity, taste, design, ideas and continual aesthetic development. This takes shape in the creation of designer collections from the Rondine Group brands which stand out for their MADE IN ITALY authenticity.

Creative solutions for the pleasure of choosing
Creative solutions for ceramic floor and wall coverings are expressed with the elegance of the most refined marbles, the age-old charm of stone, the natural warmth of wood, the material appearance of terracotta, the seduction of the sophisticated nuance of colour, and the touch of rough or smooth surfaces.

A wide choice to suit all requirements
Rondine Group’s porcelain stoneware collections offer an extensive range of opportunity for choosing and finding the most suitable material, for all internal and external environments. These collections are enriched with original, exquisite decoration, and come in a wide range of formats, ideal for anyone looking for the most suitable classic and modern design solutions, for living areas or business environments. 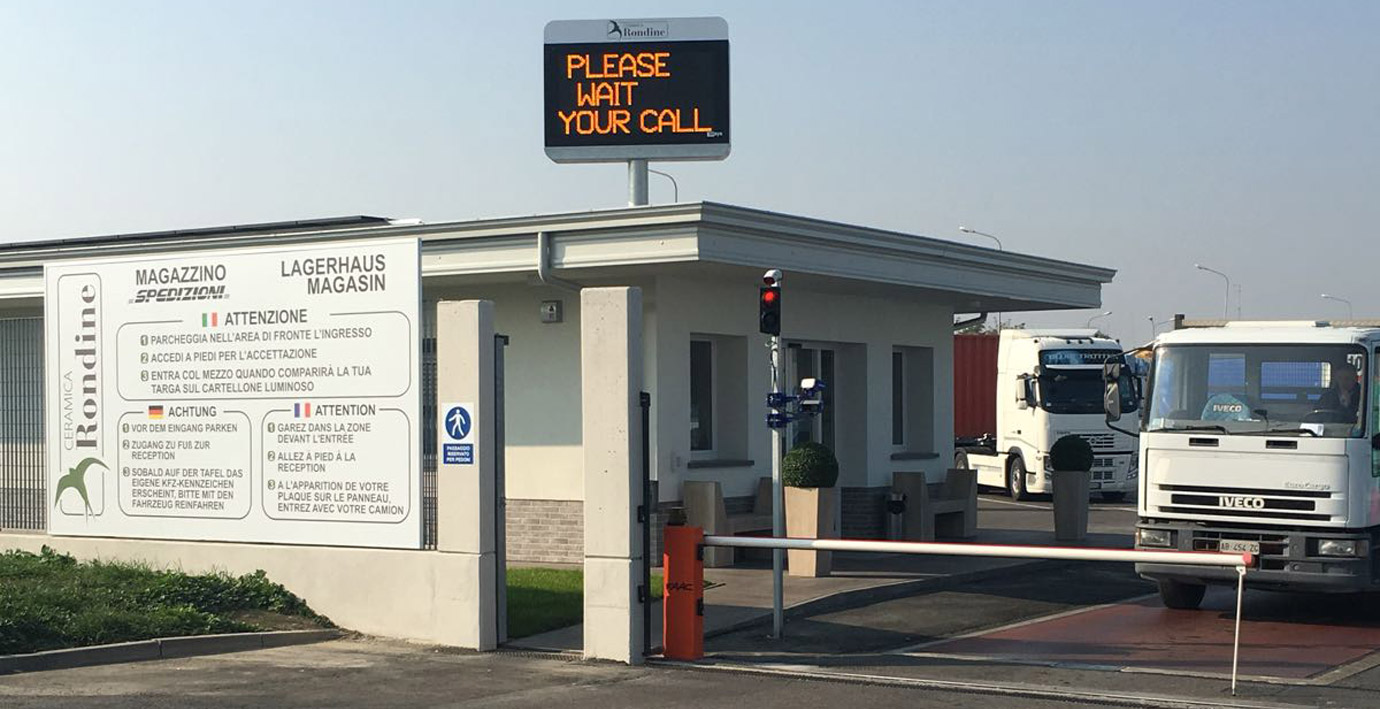